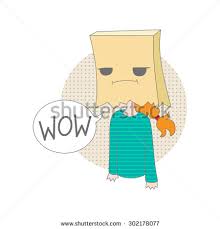 YOU have to admire the marketing cleverness of my local beauty salon.
I am walking past, when the offer jumps out at me: Half price pedicures - this week only.
I stop, glance down at my poor, sore feet. Destroyed after a summer of flip-flops and stony beaches and walking barefoot around my garden. Carefully applied nail polish just window dressing over the cracks.
And I can't even hide them in winter boots yet. The warm weather stretches.
I sidle in. The whole place smells pink. A glossy haired, perfectly made-up twentysomething beams as I approached the reception desk.
'Good morning, do you have an appointment?'
'Er, no.'
'Oh.' She frowns and peers at her diary. I can feel my resolve waiver.
'What are you interested in having done and we'll see when we can fit you in.' Another toothy smile.
'Well, would you have anything today?' I ask.
She grimaces, shaking her head.
'Is it an emergency?'
I hesitate. What sort of emergencies necessitate a visit to the beauty salon? A chipped nail? A spot on your nose?
'I was just wondering about the half price pedicures.'
She nods.
'This week only.'
'But you've nothing left this week.'
'I could fit you in next week. We're doing Autumn deal specials.'
'Same price?'
Well no, but we've fantastic value in facial peels.'
I sigh.
'Book me in.'
She turns some pages. 'Right, what time Monday would you like?'
I re-emerge into the sun and study my feet again. It doesn't really matter, I tell myself. By Monday the weather might have changed and my feet will be safely tucked back into boots.
Short of wearing a paper bag over my head, however...
**********************************************

Have a wonderful week,
Thanks for reading,
Hugs & xx,
Sharon.
Posted by Sharon Black, Writer at 19:51 No comments:

Posting my first review of Going Against Type. Reviewed by author Valentine Williams.

GOING AGAINST TYPE,  by Sharon Black

This lively office rom-com is set in the murky world of journalism, and the dialogue cracks along at a fair pace, so that the reader swiftly feels part of the politics and gossip that make up the life of a female sports journalist, as well as getting a peep at the relentless pressure involved. This is a world the author knows well, and she conveys with genuine feeling the nuances of office relationships and intrigues.  We enter a world of competative sport, match fixing, media scoops and misunderstandings.

But the book is more than this. The struggle between Charlotte Regan and Derry Cullinane is echoed in the fashion versus sport columns in their papers. Charlotte, mad on sport, does not play games in relationships, and yet through Derry, realises that it's possible for her to embrace the world of fashion without losing her self respect. In being attracted to Charlotte – Charlie – Derry Cullinane falls for a sportswoman and journalistic rival who is not obsessed with fashion or appearance, and so goes against type.

Derry Cullinane presents as an interesting male character; not, we are told, gay, but inhabiting a flamboyant, slightly theatrical world very different from Charlotte's, and who maybe bolsters his masculinity by his female conquests. From misunderstandings, the relationship between them grows as each reveals the truth about themselves.

The relationships between Charlotte and her sister, her flatmate and colleagues are well described and provide a variety of alternative models of relationships, cunningly played out in the dialogue, which I found witty and authentic. A  very enjoyable read.

Remember, you can buy the book here: tirpub.com/gatype

x Sharon.
Posted by Sharon Black, Writer at 13:54 No comments:

I'm interviewed today over at Tirgearr Publishing Heart of Fiction. Join me?

Six days to the release of Irish romantic comedy e-book, 'Going Against Type.'


Just six days to the e-book release of Irish romantic comedy, Going Against Type. In this little excerpt, Charlotte is getting ready for her first date with Derry:

She'd spent an hour readying herself, much to Helen's amusement.
'Why are you so nervous, Charlotte? It's just a date!'
'Oh come on, Helen. The last guy I dated was Mr Uptight Conor, and before that I dated sports jocks. Derry is differ...ent. He's Premier League status!'
'And you're Scumthorpe United? Take a look at yourself, woman!'
'I'm not sure what he expects, but I'm not his type, Helen. I'm floundering.'
Helen caught Charlotte's hands and forced her to meet her gaze.
'Don't you dare run yourself down, Charlotte Regan. You're intelligent and totally gorgeous! But you need to do one thing!'
'What?'
'Allow yourself to be a woman! How do I put this without you taking it the wrong way? Don't talk sport all night. You are incredibly bossy when you start. Let Derry take charge a bit. Allow him to be a man!'
Charlotte blinked.
'Sorry, I just time travelled to the 1950s for a moment. What were you saying?'
Posted by Sharon Black, Writer at 13:40 No comments:


12 days to go! I have just 12 full days left to the release of Going Against Type, the romantic comedy about warring columnists who write for rival Irish newspapers. It's exciting and nerve wracking.
Posted by Sharon Black, Writer at 09:23 No comments: