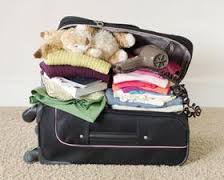 Countdown to the annual stint in Irish College has begun.
'I NEED the big suitcase down from the attic, Mum. I'm packing.'
I regard my younger daughter blankly. Packing?
And then I remember.
She's off to Irish college this weekend. Three weeks in the Gaeltacht. Total immersion in the Irish language.
For those not born and reared on this little island, the phenomenon might seem a bit strange. Each year, thousands of Irish children and teenagers scatter to the four corners of Ireland for their stint in one of the many Coláisti.
Whilst some board in schools, specially rented for this purpose, others stay with host families in traditional Irish speaking areas.
The format is tried and tested: classes each morning, games and sport in the afternoon, Ceilí after dinner. Hours of dancing jigs and reels leave the kids elated, exhausted and ready for sleep.
Here, in Irish college, independence is learned, lifetime friendships formed, summer romances enjoyed.
The daughter is 16 and this will be her fourth year. She's rearing to go.
'Do you have everything?' I ask, regarding the mountain of clothes on her bedroom floor.
'I might need more tee-shirts. If I forget something, I'll write.'
Old fashioned letter writing is the only form of communication allowed. No mobile phones. Or books. Not even a dictionary. By the end of the first week, most of them are dreaming in Irish.
'Will I be going to Irish college next year?' the boy asked at dinner the other night. He'll have finished his first year in secondary school by that stage. If he follows in both his sisters' footsteps, he'll be due to go.
'I'm not sure,' I said. I've found it's never a good idea to give too much away a year in advance.
'Will I get to play hurling there?' At 12, the traditional Irish sport is the real love of his life. His sisters glanced at each other.
'Probably not,' the eldest said, as gently as possible. 'It usually depends on whether they have helpers who are willing to organise it, and enough people to play.
'I'm not going, then. Anyway, I'll probably have to ask girls to dance at the Ceilí.' I struggled not to laugh at his horrified expression. 'And I'm rubbish at Irish dancing,' he added.
Meanwhile, his sister is giddy with excitement. She's returning to the same area as before.
'I wonder who'll be my Bean an Tí? I'd love to get the same house as last year.'
It won't matter. Within five minutes, she'll have made new friends. And her letters home will be funny, chatty and filled with lists of things she's forgotten.
As we say in this part of the world, the craic will be mighty.
*************************************************

Have a wonderful week,
Thanks for reading,
Hugs & xx,
Sharon.
Posted by Sharon Black, Writer at 14:23 2 comments:

*Something fishy about these supplements...* 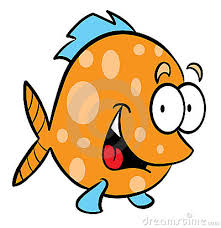 'SO, WHY do I have to take fish oil again?'
The youngest looks at me patiently. I sigh. We are revisiting old territory.
'This is a very high grade fish oil. And it's excellent for your skin and your brain.' I put an emphasis on the last word, hoping that will call a halt to the questions. It doesn't.
'So what's in it?'
I look at him. I know he's winding me up.
'What do you think?'
'Well, fish oil obviously. But is there anything else?'
'Nope.'
'So they just take the oil from the fish and put it into these little gel thingys and sell them in bottles.'
Where is he going with this?
'That's right.'
'So if it's so important, why can't I just eat fish every day?'
'Because we try to have a balance of fish and meat and vegetarian meals, that's why. I cook fish at least once a week.'
'Some weeks you don't do fish,' he points out.
'Well, all the more reason why you should take your fish oil every day.'
'I wouldn't mind eating more fish.'
'We're not talking fish fingers, you know. You'd have to be eating oily fish every day. You know what that is, right?'
He nods.
'Salmon, mackerel, sardines...'
Obviously one of my lectures has sunk in.
'The truth is, it's expensive.' There. I've said it. 'Maybe not mackerel, but that's not available all the time. I know we all love salmon, but it's dear.' Especially when you're feeding a family of four adults and one boy who seems to be permanently hungry. Not that you'd guess. Not a pick on him, as we say here.
'Which is something else I don't understand,' he says. 'We're an island, right? And there's fish everywhere in the sea. We should all be eating fish all the time.'
'Ah yes, but it's not quite that simple, you see.' I try to sound knowledgeable. 'It's all about EU quotas.'
He shakes his head.
'What the hell are they?'
I smile. And I say what I often say in these circumstances.
'Go and ask your father.'
He shrugs and turns to go.
'Hey?' I hand him a glass of water. 'Take your fish oil first.'
***********************************************

Have a wonderful week,
Thanks for reading,
Hugs & xx,
Sharon.

Posted by Sharon Black, Writer at 18:42 No comments:

Happily, a little part of me is being interviewed on warm and sunny author's Stacy Juba's Blog

Romantic comedy author Sharon Black is an Irish author, whose debut novel, Going Against Type was e-published by Tirgearr Publishing in September 2014. Formerly a journalist, she has also published short stories. She lives in Dublin with her husband and children.

Thanks for reading,
Have a lovely week,
Hugs & xx,
Sharon.
Posted by Sharon Black, Writer at 15:42 No comments: