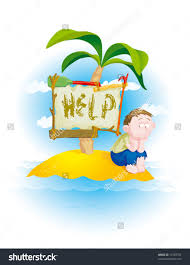 THE GARDA helicopter circled in the sky above the beach.
'Look at that, Ma,' shouted a child. 'The cops are lookin' for robbers.'
The woman looked up and then out to where the helicopter seemed to be hovering.
'Not unless they're trying to steal sand, love. Maybe there's somebody famous in town.'
The boy looked a bit disappointed, until somebody else spotted the problem. A couple out walking their dogs had become stranded on a sand bank, as the tide slunk in around them, completely cutting them off on their own little island.
Within minutes, a sizeable crowd had gathered on the nature reserve overlooking the beach.
'Isn't that the great thing about mobile phones, all the same?' somebody said. 'You get stuck like that and you can call for help. In the old days, you woulda' drowned.'
'People on the sand bank, do not attempt to move!' a Garda instructed via megaphone from the helicopter. A frisson of excitement rippled through the growing crowd.
'God almighty, it's better than the telly,' one woman announced.
'Lot better than video games,' said another, nodding to her children.
'Wonder what they'll do now? Probably have to winch them up.' A man removed his bicycle helmet so he could get a better look.
Then a helicopter from the coastal rescue services came into view. There were cheers from the crowd. When the noise died down a little, somebody wondered aloud whether one helicopter would be able to fit the couple and their two dogs.
'It doesn't look big enough. I reckon they'll have to take the people first, then come back for the dogs.'
This was met with a round of tutting and eye rolling.
'You don't have a dog, then?' a young woman asked. 'They wouldn't just stay on the sand bank without their owners. They might do something stupid, like try to swim for it.'
'You'd wonder why the dogs haven't done that already,' somebody else said. This was met with a few disparaging remarks. 'What?' he demanded. 'The water doesn't look that deep. And dogs are good swimmers.'
'I agree with him,' came another voice. 'If it were me, I'd have just walked. Doesn't look deep at all. All this fuss.'
'Ah for God's sake, there's a bloody good reason why the Garda helicopter is out and they've told the people not to move,' one woman said, clearly exasperated.
The first person and their dog were winched to safety, to another huge cheer.
'There's five grand just there,' one woman announced cheerfully. 'Every time that rescue crowd are called out, it's €5,000.'
A few minutes later, the helicopter made the return journey for the second person and his dog.
'Another five grand,' the woman said.
The crowd stood for a few moments, watching the Garda helicopter leave. Sea water sloshed over the sand bank as the tide rose.
'That's it then,' said one of the mothers.
'I want to see it again!' wailed a small child. Her mother smiled.
'I'll buy you an ice cream instead.'
The child allowed herself to be brought away. A couple of teenagers stayed, waiting to see if anything else would happen. Finally they turned to leave.
'Most exciting thing that's happened round here in ages.'
'Totally.'
**************************************************************

Have a wonderful week,
Thanks for reading,
Hugs & xx,
Sharon.
Posted by Sharon Black, Writer at 19:45 No comments:

#GUEST BLOGGING AT THE #CONTEMPORARYROMANCECAFE

If you get a chance, here's the link:
‪http://contemporaryromancecafe.com/going-type/#comment-31824

Enjoy the rest of the weekend,