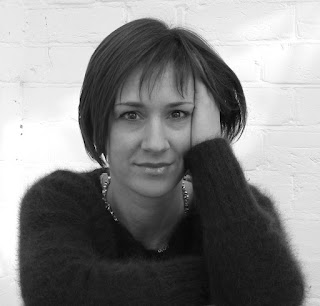 Today I'm delighted to welcome award winning author, Jane Davis, whose new novel, Smash All The Windows, will be released later this month, and is available now for pre-order.

I asked her how Smash All The Windows came about.


Write about how Smash all the Windows came into being? It sounds so simple.
The novel began with outrage. I was infuriated by the press’s reaction to the outcome of the second Hillsborough inquest. Microphones were thrust at family members as they emerged from the courtroom. It was put them that, now that it was all over, they could get on with their lives. ‘What lives?’ I yelled at the television.
For those who don’t know about Hillsborough, a crush occurred during the 1989 FA Cup semi-final, killing 96 fans. A single lie was told about the cause of the disaster: In that moment, Liverpool fans became scapegoats. It would be twenty-seven years before the record was set straight.
Elizabeth Strout tells her writing students, ‘You can’t write fiction and be careful.’ But none of us exists in a vacuum. The pain I saw on the faces of family members as they struggled with the question was raw. And so combining two of my fears – travelling in rush hour by Tube, and escalators – I created a fictional disaster.
The previous year, en route to a Covent Garden book-reading, I’d suffered a fall. The escalator I normally use was out of order. Instead we were diverted to one that was much steeper, but I was totally unprepared for its speed. When I pushed my suitcase full of books in front of me, I was dragged off-balance. Fortunately, no one was directly in front. I escaped relatively unscathed. But the day could have ended very differently.
My disaster shared many elements with Hillsborough. Because both incidents happened before the explosion of the internet, voices weren’t heard as they would be today. Someone in management was new to the job. Things had ‘always been done that way’ (such a dangerous sentence). Facilities dated from a time when human space requirements weren’t understood. Risk assessments hadn’t considered multiple failures. It was also important to reflect the extraordinary pressure endured by the Hillsborough families by perpetuation of the lie.
But new difficulties surfaced – from far closer to home. In May 2017 came the London Bridge attack. This was where I’d set my novel. I witnessed the bouquets of red roses spanning the width of the bridge, the messages written on photographs of the victims, all those beautiful, devastating obituaries. But should I let this later disaster shape the story I was writing?
I’d already realised that if I wrote a book about blame, it would do an injustice to the many individuals who behave heroically in the most terrible circumstances. Added to which, there was one clear message in everything I read about accident investigation. Any finding that an individual is responsible is likely be biased and will fail to identify the real cause of the disaster.
Then in June 2017 came the Grenfell Fire, the most heart-breaking tragedy of recent years, not only because of the scale of the devastation, but because it quickly emerged that the spread of the fire could have been prevented. Inadvertently, in avoiding writing about Hillsborough, now I risked giving the impression that I was commentating on two London disasters. And, of course, having made a decision to write about un-blame rather than blame, I was seriously out of step with public opinion.
Fortunately my novel focuses on the disaster’s emotional fallout. My task was to capture all of the guarded memories, the hidden sorrow of a man who mourns not only the loss of a daughter but his unborn grandson, the daughter who must assume position as head of the household, the sculptor who transforms his grief into art, the sheer heroism involved in getting up day after day and going out into a world that has betrayed you.
The beating heart of the story isn’t the disaster, but human resilience and the healing power of art. 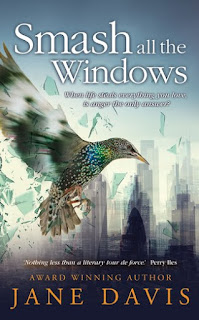 Blurb
It has taken conviction to right the wrongs.
It will take courage to learn how to live again.
For the families of the victims of the St Botolph and Old Billingsgate disaster, the undoing of a miscarriage of justice should be a cause for rejoicing. For more than thirteen years, the search for truth has eaten up everything. Marriages, families, health, careers and finances.
Finally, the coroner has ruled that the crowd did not contribute to their own deaths. Finally, now that lies have been unravelled and hypocrisies exposed, they can all get back to their lives.
If only it were that simple.

Tapping into the issues of the day, Davis delivers a highly charged work of metafiction, a compelling testament to the human condition and the healing power of art.
Written with immediacy, style and an overwhelming sense of empathy, Smash all the Windows will be enjoyed by readers of How to Paint a Dead Man by Sarah Hall and How to be Both by Ali Smith.

The Universal Link is books2read.com/u/49P21p

From 13 February to 10 March, US readers can also enter a
Goodreads Giveaway for a chance to win one of 100 eBooks. 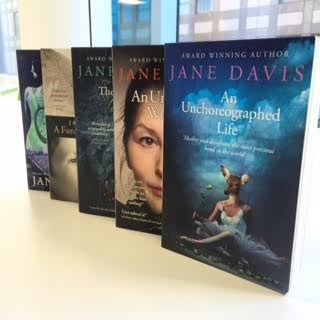 Hailed by The Bookseller as ‘One to Watch’, Jane Davis is the author of eight novels.
Jane spent her twenties and the first part of her thirties chasing promotions at work, but when she achieved what she’d set out to do, she discovered that it wasn’t what she wanted after all. It was then that she turned to writing.
Her debut, Half-truths & White Lies, won the Daily Mail First Novel Award 2008. Of her subsequent three novels, Compulsion Reads wrote, ‘Davis is a phenomenal writer, whose ability to create well-rounded characters that are easy to relate to feels effortless’.
Her 2015 novel, An Unknown Woman, was Writing Magazine’s Self-published Book of the Year 2016 and has been shortlisted for two further awards.
Jane lives in Carshalton, Surrey with her Formula 1 obsessed, star-gazing, beer-brewing partner, surrounded by growing piles of paperbacks, CDs and general chaos.
When she isn’t writing, you may spot her disappearing up a mountain with a camera in hand. Her favourite description of fiction is ‘made-up truth’.


Dear reader,
Many thanks for stopping by, and please SHARE today's column via the sharing buttons below.

If you'd like to get THIS FUNNY IRISH LIFE FREE via email every month, just go to the Follow by Email box at the top right of the page.
1. NEVER MISS my fun, personal column + updates/guest author posts!
2. Your email address will NEVER be shared or misused. No spamming - I promise.

Wishing you a wonderful month, and I'll be back in May with my personal column.
Hugs,
Sharon. xx
Posted by Sharon Black, Writer at 07:30