'At the Stroke of Nine O'Clock': Interview with author Jane Davis. 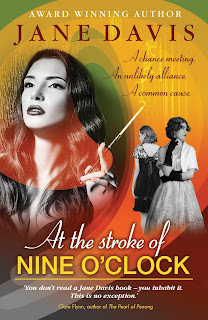 GOOD MORNING, ALL. This month, in place of my usual column, is an interview with author Jane Davis. Her new novel, At the Stroke of Nine O'clock, will be published as an e-book mid-July and is available now for pre-order.


John Green says that writing is a profession for introverts who want to tell you a story but don’t want to make eye contact while doing it. Is that how you see yourself?
Definitely. I was always the quiet middle child in a family of seven. It’s not that I don’t want to make eye contact, it was more a problem of never being able to get a word in edgeways. Eventually, the one who’s been labelled the ‘quiet one’ stops trying. I think that’s why I always have more going on inside my head than comes out of my mouth. There’s a great deal of satisfaction in writing dialogue for characters who are braver and more outspoken than I am.

What’s the story behind your latest book?
The short answer is that At the Stroke of Nine O’Clock is a timeless tale of sex, class and murder.
The slightly longer version involves what may have been coincidence, or simply an indication of the times. What happened was this: I read three biographies back to back, and in each the subject had a connection with Ruth Ellis, the last woman to be hanged in Great Britain. I turned to my bookshelves for a yellowed paperback that has been in my possession for over thirty years. Ruth Ellis: A Case of Diminished Responsibility? I’d forgotten that the book begins with a foreword by co-authors Laurence Marks and Tony Van Den Bergh in which they reveal how, during their research, they both discovered that they had various links to players in the story of Ruth Ellis, if not Ellis herself. One of David Blakely’s other lovers. The partner of a psychiatrist who had treated Ruth Ellis. The brother of the manageress of the Steering Wheel club who had thrown Blakely and Ellis out for having a drunken fight on the premises just days before the shooting. The Catholic priest who, while serving as a prison chaplain sat on the Home Office committee tasked with deciding if Ellis was fit to hang. The list goes on.
But even those who had never met Ellis had an opinion about her, and all were affected by her demise.


What is the most significant event for you in the story and why?
The most significant event happens after my story ends. Within two years of Ellis’s execution, The Homicide Act 1957 became law, limiting the death penalty by restricting it to certain types of murder. It was followed in 1965 by the Murder (Abolition of Death Penalty) Act. Changes of this magnitude aren’t brought about by one person’s case alone, but reading about the many tragedies that befell Ruth Ellis’s children and family members served as a stark reminder that the prevailing penal system punished (some might say condemned) not just those found guilty, but those they knew and loved.


How did you choose to structure your story?
I knew that whatever structure I chose, the book had to end at the precise moment of Ruth Ellis’s execution. Executions in the UK took place at 9.00am. It was quite by chance that I read how Big Ben stopped one evening in August 1949 at 9.00pm. Five and a half years – that gave me a workable timescale. I set about researching what life was like for women in the post-war era. Dual standards were very much at play. Women were punished for daring to step outside the restricted confines that society had decided they should remain within. Sex outside marriage, divorce, and children born outside wedlock were huge taboos, but these things were happening. Property and titles were inherited by men.
Work-wise, there were few options for women, particularly working class and upper class women. Having stepped up to the challenge of the running industry and keeping the economy afloat once again during the Second World War, women were gain expected to hand their jobs back to the men and get back in their kitchens.


Are there any similarities between this book and your last release Smash All the Windows?
I’m gunning for the press again, I’m afraid. In At the Stroke of Nine O’Clock, I describe how the press of the day created a frenzy around murder trials, speculating about what the murderers did immediately before and after they killed. Ruth’s was newspaper gold, and her story made all of the front pages the day after a month-long newspaper strike. “Six revolver shots shattered the Easter Sunday calm of Hampstead and a beautiful platinum blonde stood with her back to the wall. In her hand was a revolver…” Bam! The public was hooked by the story of the blonde hostess (and a divorcee), who shot her racing-boy lover in cold blood. You had this unreal situation where tickets for Ruth’s trial at the Old Bailey changed hands at upwards of thirty pounds. The fact that this tragedy was treated as entertainment is horrific. Ruth was a young woman, a mother of two. She may have done little to defend herself, and that appears to have been her choice, but nobody really tried to discover why she did it.


I assume you tried?
I have just finished reading The Five, by historian Hallie Rubenhold. This may sound strange, but I saw parallels between the victims of Jack the Ripper and Ruth Ellis. Some of ‘the five’ had made bad choices, but those choices were forced upon them by circumstance. They abandoned children turned to alcohol, they took up with men they would not have considered taking up with had they been able to support themselves. The difference is that while those choices landed the five in the path of a killer, Ruth herself turned killer.
Rather than tell the story in Ruth’s voice, I wanted to show how much she had in common with many women of her day. That’s why I chose to tell Ruth’s story through the lives of three very different women, all of whom have experiences that in some way mirror Ruth’s, so that by the end of the book, each has a reason to say, ‘There but for the grace of God go I.’ I hope that’s also the reaction most readers will have. With social changes, the removal of many of the taboos and barriers Ruth faced would have made the lies she told unnecessary. I like to think that Ruths living today won’t be driven to the same point of despair. Help would be available.


Blurb
London 1949. The lives of three very different women are about to collide.
Like most working-class daughters, Caroline Wilby is expected to help support her family. Alone in a strange city, she must grab any opportunity that comes her way. Even if that means putting herself in danger.
Star of the silver screen, Ursula Delancy, has just been abandoned by the man she left her husband for. Already hounded by the press, it won’t be long before she’s making headlines for all the wrong reasons.
Patrice Hawtree was once the most photographed debutante of her generation. Now childless and trapped in a loveless marriage, her plans to secure the future of her ancient family home are about to be jeopardised by her husband's gambling addiction.
Each believes she has already lost in life, not knowing how far she still has to fall.
Six years later, one cause will unite them: when a young woman commits a crime of passion and is condemned to hang, remaining silent isn’t an option.
“Why do I feel an affinity with Ruth Ellis? I know how certain facts can be presented in such a way that there is no way to defend yourself. Not without hurting those you love.” 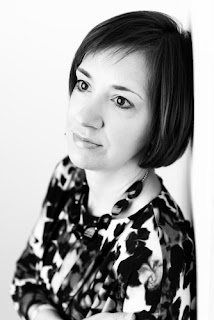 Hailed by The Bookseller as ‘One to Watch’, Jane Davis is the author of nine thought-provoking novels.
Jane spent her twenties and the first part of her thirties chasing promotions at work, but when she achieved what she’d set out to do, she discovered that it wasn’t what she wanted after all. It was then that she turned to writing.
Her debut, Half-truths & White Lies, won the Daily Mail First Novel Award 2008. Of her subsequent three novels, Compulsion Reads wrote, ‘Davis is a phenomenal writer, whose ability to create well-rounded characters that are easy to relate to feels effortless’. Her 2015 novel, An Unknown Woman, was Writing Magazine’s Self-published Book of the Year 2016 and has been shortlisted for two further awards. Smash all the Windows was the inaugural winner of the Selfies (best independently-published work of fiction) award 2019.
Jane lives in Carshalton, Surrey with her Formula 1 obsessed, star-gazing, beer-brewing partner, surrounded by growing piles of paperbacks, CDs and general chaos. When she isn’t writing, you may spot her disappearing up a mountain with a camera in hand. Her favourite description of fiction is ‘made-up truth’.